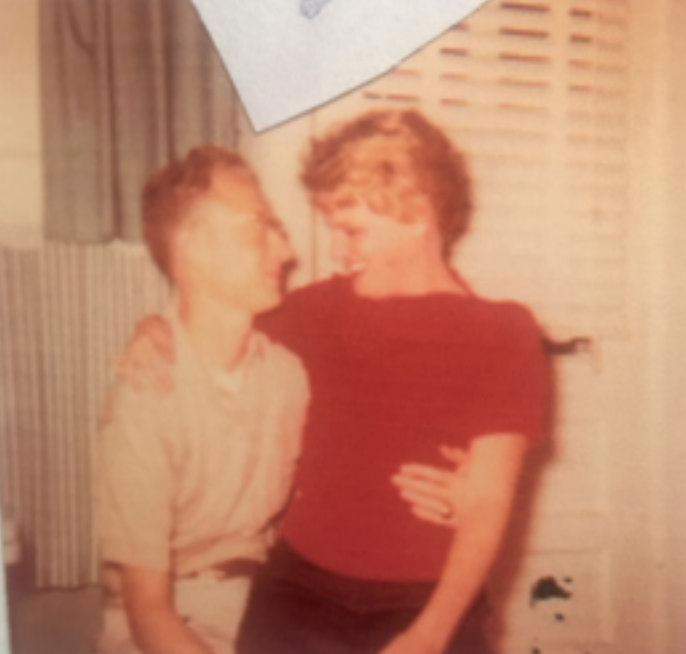 A Little Longer This Year

Dinner at Nana and Poppy’s house was like watching an athletic bickering match. Nana would make fun of Poppy’s bad hearing, he’d make fun of her poor eyesight, and she’d fire another shot his way because he hadn’t heard the first one. They loved each other for sixty years, and insults were just their way of expressing it. She always called a truce by saying, “I’m his ears, he’s my eyes.”

One time, Poppy told a story about a business trip from back when he worked for the record label.

He met Lita Ford in London and she signed a picture for him, writing: “Jim, thanks for showing me a good time” with hearts, x’s and o’s. He was so worried that if his plane went down on the journey home, his luggage would be recovered from the wreck and Nana would see the picture, forever thinking that he had an affair with Lita. So he wrote a note explaining that it was only a joke and stuck it to the photo before putting it in his suitcase.

Nana, whose shoulders barely came above the tabletop, rolled her eyes.

Amanda and I have been going outside every forty-five minutes to drink from the whiskey bottle we hid in the trunk. Our uncle is in the bathroom cheating on our aunt with his golf partner. Ed Eastmond is patting Dad’s shoulder and slipping a joint in his pocket. My family sucks at funerals.

In my head, Poppy is still alive. He’s young and he’s ice skating. Dad and his siblings first got him to try skating when they were kids back in the seventies, and he liked it so much that Nana bought him his own pair of skates.

I feel her absence too. Aunt Claire and Uncle Jim had to tell her they were going to a wedding when she asked why they were dressed up. She asked if Poppy was going too. They said he was at a doctor’s appointment.

The parking lot is cold and the whiskey burns. Winter is lingering a little longer this year, or maybe it just seems that way.

I close my eyes and I see Poppy gliding across the pond on winter mornings, his ice skate blades zipping like airplanes over the fish who swim below, patiently waiting for spring.

I was just about to leave the hospital when Nana asked if I could get Poppy on the phone. I stood up, pretended to dial on my phone, and held it to my ear as she looked on, twisting her oxygen cord around her pointer finger like a ribbon.

Before leaving, I pulled her thin, white blanket up over her shoulders. A full moon shone through the window, making her face look like a grey jetty rock submerged in seawater. “Poppy will probably be here later,” she said. “He visits me around this time every night.”

She smiled and squeezed my hand. Then she closed her eyes.

I took a look around the small, dark room and wondered how it happened that she ended up here. I looked at her tiny fingers intertwined with each other, and the long shadow her bed cast on the bone-colored linoleum. Then I turned around and left.

Kate Brennan was born and raised by the Jersey Shore. As a newspaper & online journalism major, she loves writing, as well as rock climbing, snowboarding and coffee.

This past weeks digital publications! Check them o

Week two of online publications! Go check out our

🔔LAST CALL FOR SUBMISSIONS🔔 Link in bio to

“But there’s this strength I’ve found In th

“I see so deeply into the blacks of his pupils,

Did you know that we accept more than just writing

“My brother is up to bat, but I’m not watching

ATTENTION: Less than one week left until our Sept.

Looking for an opportunity to express yourself thr

“I often wonder why I do this to myself. Coming

"Because who do you become when you take the best

CALLING ALL HONORS STUDENTS🔔 Are you an artis